NaijaMusicWorld – The World Of Fun & Entertainment 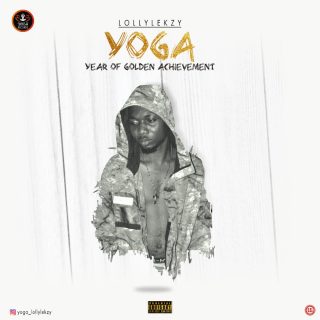 After the long anticipations, Idowu Olamilekan popular known as “Lollylekzy” release the new album titled “YOGA (Year Of Golden Achievements)”. This album is all about “LOVE and MOTIVATION”, So inspirational that each tracks deliver a genuine message that will inspire the fans.

Apparently, this new project “YOGA” comprises 16-tracks with guest appearances from 10 featured artist that contributed On The Tracks while production credit goes to Lyrics Sound and Climax Gee. This Album is fascinating and satisfactory with extraordinary vibes and also it is set to steal the heart of lovers of good music in Nigeria and beyond. 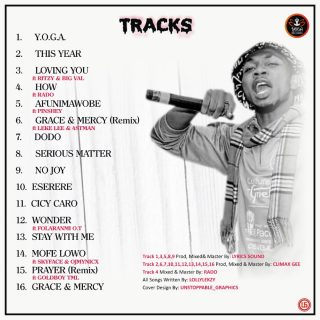 [Music] Irewole – Wetin I Do

[Music] Apostle Joshua JOSHUA ft. Medlye – I Am Yours

[Music] Irewole – Wetin I Do